A young woman must escape her reflection when it enters her world. Only problem: as she moves, it moves. Starring Bianca Bradey (Wyrmwood, 2014).


Reflection is based on a pitch given at FOX for their “Bite Size Horror” program. 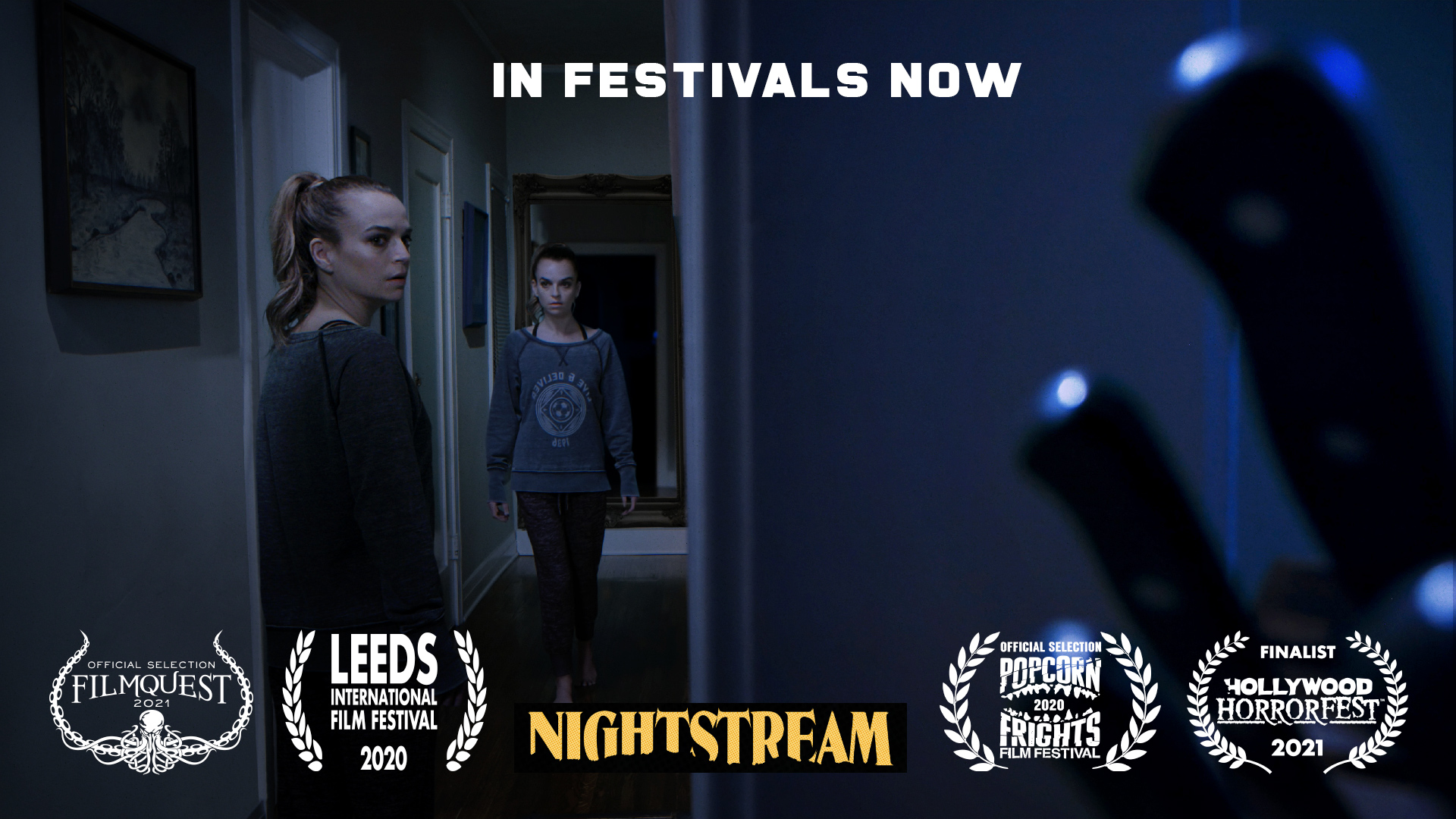 When a reclusive mother-to-be discovers a door leading to a mirror image of her home, her husband goes snooping inside and never returns. Fearing the worst, she gathers her courage and goes in search of him, but instead finds her doppelgänger on the other side.


The World Over premiered in 2018 at one of the world’s largest genre festivals, BIFAN (Bucheon International Fantastic Film Festival). The short went on to win many festival awards, including BEST SHORT at Toronto After Dark and BEST FEATURETTE at IIFC.

The World Over Movie Site

Only Bricks’ official music video “Happy Now” was created from a single 16 minute shot and sped up in post. Shot practically with no VFX. Only Bricks is Anne DiGiovanni & Joseph Lewczak.

Jeff Yeardley (Jesse Bernstein) is a self-absorbed, middle class programmer who loses his wife (Saskia Grace Holmes) and son when his affair with a co-worker is revealed. Jeff struggles to find a new job amid the U.S. economic recession, but the reputation of sexual harassment follows him. While trying to reform and win back his family, Jeff is targeted by two colleagues who trap him in a dangerous game of temptation.


Yeardley premiered at the Santa Fe Film Festival in 2009, where it was also nominated for Best Feature. In 2010, it won BEST FEATURE in Los Angeles at the Malibu Film Festival. The screenplay was invited into the Oscars Library (Margaret Herrick Library, Academy of Motion Picture Arts and Sciences) in Los Angeles as part of their historical Core Collection.

This website uses cookies to improve your experience while you navigate through the website. Out of these, the cookies that are categorized as necessary are stored on your browser as they are essential for the working of basic functionalities of the website. We also use third-party cookies that help us analyze and understand how you use this website. These cookies will be stored in your browser only with your consent. You also have the option to opt-out of these cookies. But opting out of some of these cookies may affect your browsing experience.
Necessary Always Enabled